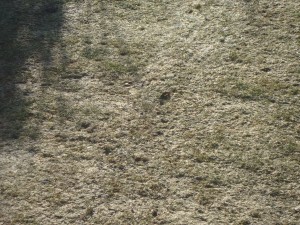 I’ve heard other authors talk about how their characters just came to life, and end up much different than the writer had imagined. Recently I had such an experience.

My writing group uses a monthly prompt, and we all write a 300 word piece from it. This month the prompt was “April showers bring….” The woman who came up with the prompt said, “They bring May flowers. They bring mud. Who knows what they bring?”

I used the mud idea, and started writing. Then I asked myself why someone would say “April showers bring mud.” I kept writing, and before I knew it, I had a character with quite a story.

What Do April Showers Bring?

Whoever came up with that line “April showers bring May flowers” didn’t know what they were talking about. April showers bring a lot of mud, that’s what they bring. Mud that gets all over your shoes and the back of your pants, or your legs if you happen to be wearing a skirt. Mud that cars splash on you, mud that seeps through the crevices of your shoes and turns your socks brown.

The flowers come, but not just because of the rains. They come because someone got to work in all that mud, breaking up the clods, pulling the dead remnants of weeds, adding the fertilizer. Then whoever that masochistic soul was planted bunches of little seedlings. Unless they happened to be a patient masochist, then they sowed seeds, hoping a few would escape the hungry mouths of birds from above or moles from below.

What good are the flowers anyway? The toil not, nor do they spin. They provide a splash of color for a few days or weeks, then hang their browning heads, waiting for the masochist to return to clip them off.

Let the snow stay. Let it keep the grass covered over, with its white blanket that grays like sheets washed over and over. The same snow covers my wife’s grave, one she shouldn’t have been laid in for many years yet. The same snow covers the grave of the drunk who rammed his car into hers.

She used to spend hours in her garden, tending her plants like babies, rejoicing in each bloom and unfurling petal. I used to tease her about the hours she spent in the sun, how she eagerly waited for signs of the approaching spring.

She’s not here anymore. Who cares what April showers bring?