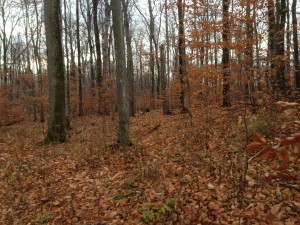 It’s late fall, the trees are almost bare. Week 2 of NaNoWriMo is just about finished.

And what am I feeling?

The joy of words just spilling from brain to page, scenes almost writing themselves.

The agony of putting one word after another, certain that the result would be lame, boring, and as painful for someone to read as it was for me to write.

I’d set such lofty goals. I cleared my calendar a few days, thinking I could crank out 5000 words on a few of them. Surely 4000 on most.

All of which tells me (as if I didn’t need to know) that writing is hard work. Not just getting the words on the page. But some of the decisions. Like who to kill off. I think the story demands the death of one of my more important minor characters. But I don’t want him to die, mostly because I don’t want his father to suffer.

Maybe I’m getting too wrapped up in these people, creations of my imagination.

On the positive side, I’m confident I’ll be able to “win” NaNo this year. Of course, overachiever that I am, I had hopes of finishing the entire 80,000 word or so novel by the end of November. That’s probably not going to happen. But I’ll have a good chunk of it finished.

The other positive is I’m starting to develop my own editing strategy, for when I get to that phase.

Editing has always been a random exercise for me, fixing a typo here, plugging a plot hole there.

Now I think I can do it more efficiently.

Second pass: Study each scene. Do I need it? Deal with characters, dialogue, and setting.

Then it’s off to an editor.

We’ll see how this works in the future. I spent month editing my first novel, and don’t think I’ve really finished the second pass well. Maybe my beta readers will disagree.

In any event, NaNo has taught me a lot. It’s well worth the discipline of producing a set number of words a day.

How’s your NaNo novel coming along?